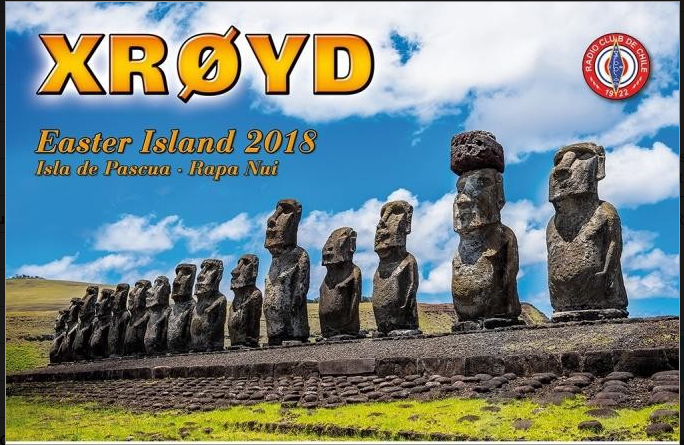 The last few month have just been incredible with so many DX on the bands. There were only one ATNO on for me, but tons of different band points!

Z60A has been active on all bands and were quite easy to work from here on the low bands. The demand was very high, as everyone wanted the new DXCC done in the first few days.

My personal highlight was the german DX Pedition to Easter Island XR0YD.

The guys were doing this for quite some time and the way they mix up modes and bands is absolutley perfect. Within a few days they are workable on many bands and modes featuring CW/SSB and RTTY. Last year XX9D was great and this year XR0YD was even better!

Africa – Africa and Africa …. With TJ2TT from Cameroon, TN5R from Congo and TY7C from Benin there have been lots of activity from Africa!

I2YSB and his team did a great job once again providing lots of band points and real time Log upload from Cameroon. Usually within one minute after the QSO you could see that you made it correctly int the log.

TN5R from Congo was done by “DX Friends” who have been traveling around the world for many years now. Also a great job providing signal into Europe 24h each day! Unfortunatly I faild to get them on 80m and Top Band.

The French Team with F6KOP and friends are well known in the DX buissnes as well and privided us TY7C from Benin. The difference maker was the good readability on 80m and 160m.

In 2017 there has been a very good DX Pedintion on Equatorial Guinea and Anabon, but DX’er have a short memory or just a blast to work it all again in 2018!

7Q7Ei Malawi was done by and Irish team also with FT8 Fox/Hound mode on board. It was a good catch from 12m – 30m but the low bands did not work out at all.

Another good one was 9M0W. Due to some travel delays there have been on only for a few days, but very very active and they have been strong in Europe.

A small German and Dutch Team activated Rotuma Island 3D2EU. Good catch on 20 to 40m, but did not had any chances on the low bands.

Till yesterday there have been plenty of signnals from 3B7A – St. Brandon. I worked on of the major DX Peditions about 10 years ago and I was only in “need” for 30m and 160m, but they were providing so many great oportunities to work them – that I simply could not resit!

The biggest expectation for this year was on 3Y0Z from Bouvet Island, but unfortunatly the DX Pedition was aborted.

I think I mixed up the order of appearance a litle bit, but as you can see …. the DX live was busy!!!

At the moment we are looking at VK9X and more stuff to come.

Go and get the DX!