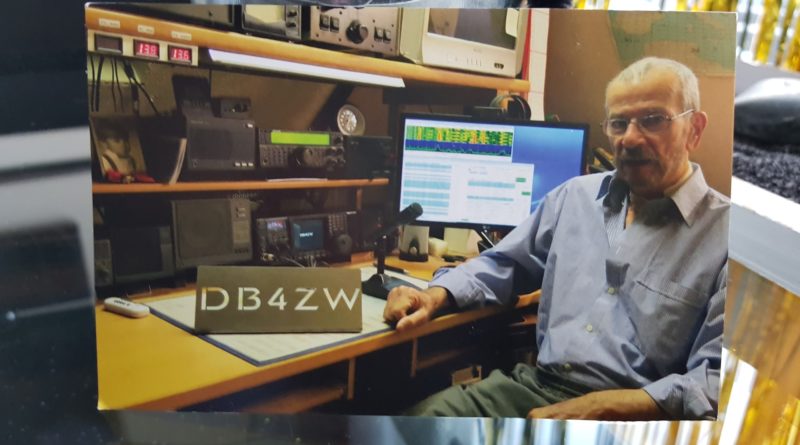 This is a very special QSL card for me!

When I was a little kid maybe 12 or 13 years old I had a neighbor who was a ham. I was waiting in front of his house for hours till he came home from work just to visit him in his hamradio shack. I was so impressed by so many radios, tuners, monitors and all the electronics he had.

A few UHF/VHF Antennas on the roof and a W3DZZ behind the house.

I also remember that some of his gear was ICOM! #icomeverywhere

It must have been a bit annoying for him having that kid stop by every other day and preventing him from repairing TV sets. He was strong on SSTV that time and allowed me to spend some time in the shack every now and then. I also gave me an old Werner DIefenbach book to study for the exam, what I did not do that time.That was about 37 years ago, but the seed was planted and I made my license many many years later in 1995!

In December I worked DB4ZW on FT8 and sent him a direct card. Peter, DB4ZW is reason I was attracted to hamradio as a little kid just because he did show me his world back then.

Thanks and keep transmitting …. !!!