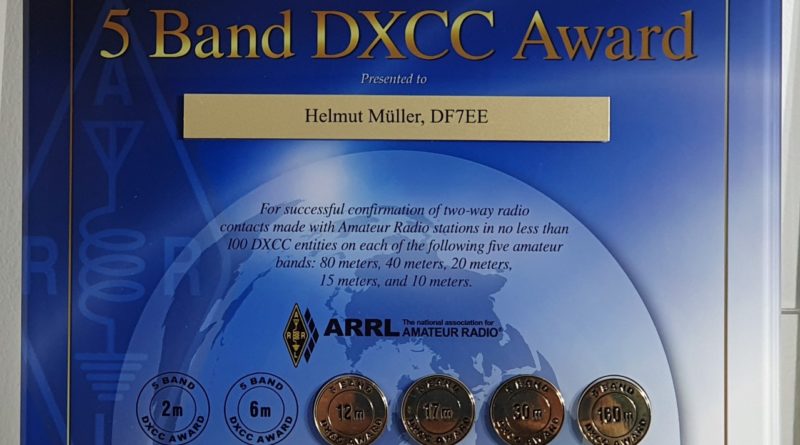 The ARRL recently changed the design of their 5 Band DXCC Award. I like the modern design and took the oportunity to have a repring of my award initslly issued in 2007 for DF7ZS with the new call! 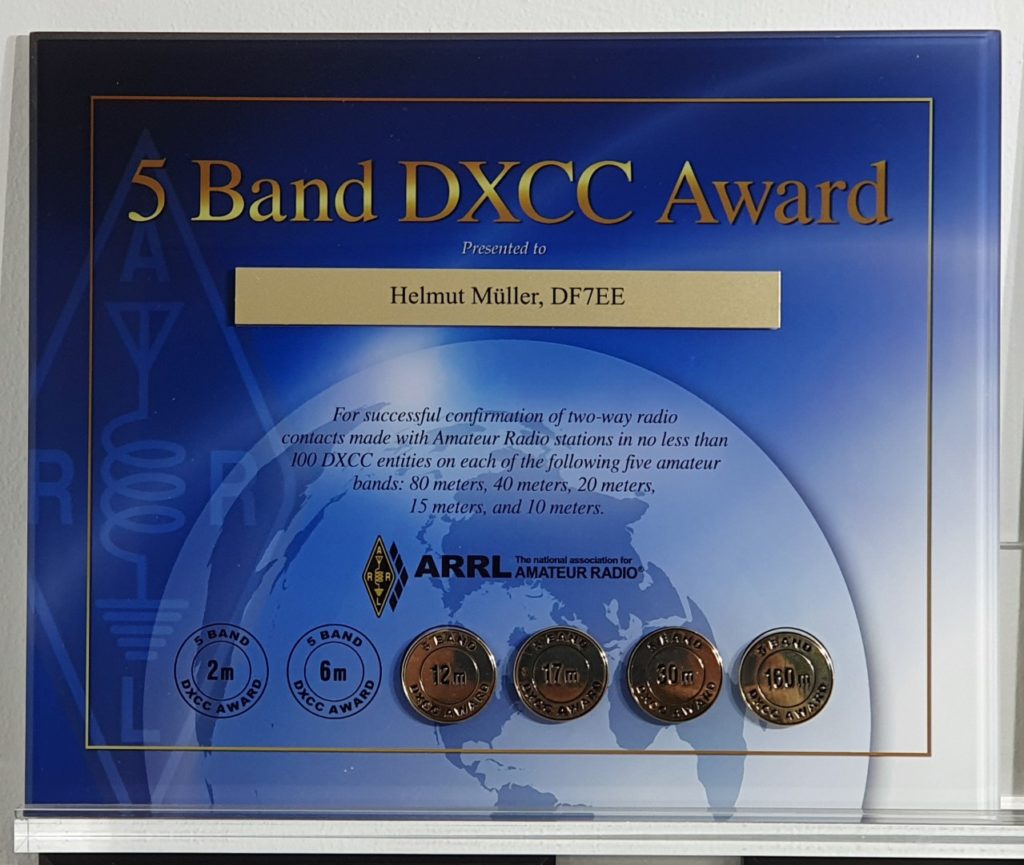 It had some glitches along thew way …. initally it was already ordered in May 2019. After several emails with the ARRL it lokks like it got lost in the mail and the offert a reprint in September. October 9th 2019 it arrived at my doorsteps finally. The award looks really nice, only small glitch – they had forgotten to supply it together with a 160m batch.

I archived the original 5 Band DXCC December 2007 and upgraded to a 9 Band DXCC till 2011. Here is the “old model” – some people like the old design better. Now I have both. 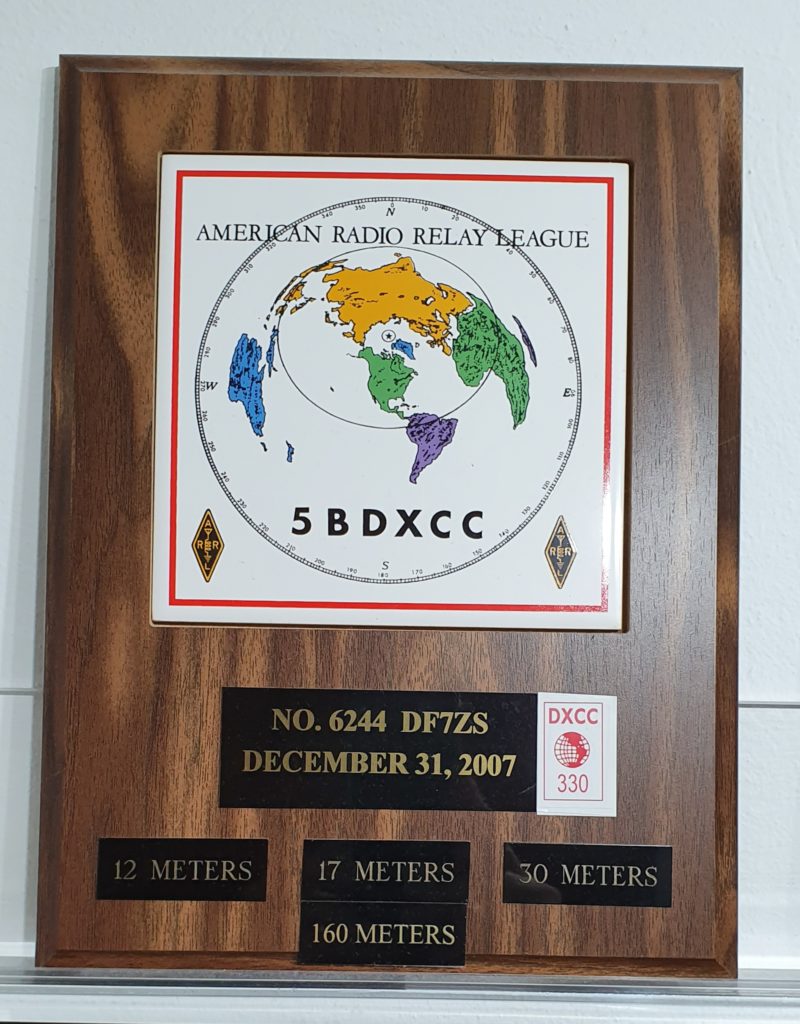 The DXCC Challenge has a new design also .. maybe thats the next upgrade.